Memphis Shaw, born Marcus Memphis Shaw in Memphis, Tennessee became an author after living a life no one would believe. After being apart of the street life since he was a little kid, Memphis turned his trials into triumph when he penned his first book, ‘In Debt with God’.

He learned how to put his experiences in his artistry. Even in today, Memphis takes everyday as a learning lesson and uses his daily life to tell a story. From ‘Pimpin to Dealing’ Memphis plans on shining a light on topics that have since been hard to digest. Everything isn’t what it seems.

Memphis made his way into the spotlight looking for love. Currently, engaged to Love and Hip Hop Atlanta cast member, Karen King, Memphis is steadily rising to the top. His net worth is sitting at 1.5 million dollars as Memphis plans to release more books in the Fall of 2019.

Amazon reviews : The first page had me hooked! Unable to put it down. Finished it in a day and a half! Definitely a page turner. The story reads as if you are having a reflective conversation with the character. I have family and friends curious to read it. Read more about Marcus Memphis Shaw at https://www.memphisshaw.com/. 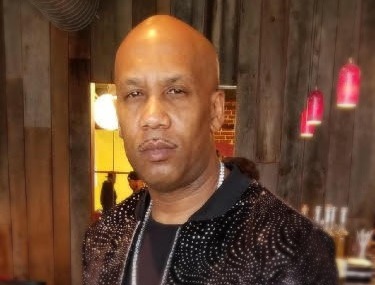 More reviews : This novel is nothing less than a bestseller. After reading a brief review, I as automatically compelled to delve into this story. For those probing for a new read, I highly recommend for those to get into this one promptly!

In Debt with God is an in depth look at the Game – the dope game, the pimp game, the street game. It’s the truth story of a young man who ruthlessly ran the streets for twenty years. A young man who was taught the game by his mom. He’s seen it all and done twice as much but now he’s ready to change his life and prays it’s not too late.